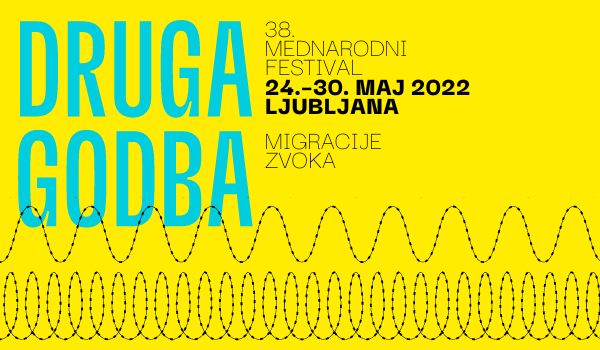 After three years, Druga Godba is finally returning to its traditional week-long slot at the end of May. As always, it will feature a host of domestic and European premieres, as well as the return of artists who have gone on to even greater things since we first saw them in Ljubljana.

The festival offers seven evenings of music at seven different venues, with artists from twelve countries and five continents. The undisputed headliners this year are Sons of Kemet from the UK, but they're closely followed by Rodrigo Cuevas from Spain, Bab L'Bluz from Morocco, Orquesta Akokán from Cuba, and Moor Mother from another planet. The excellent Argentinian singer Juana Aguirre will be presenting her solo project in Europe for the first time, while veteran Slovenian outfit Brina have a new album to share with us. A special feature of this year's festival will be a mini 'showcase' of Slovenian talent: the up-and-coming quartet Gugutke, seasoned campaigner Kristijan Krajnčan and his new Drumming Cellist project (Zabučale gore), and Mala mestna muzika, a small-scale ensemble that deftly combines Slovenian poetry and music.

Druga Godba will be making its first foray into the music of Siberia with UDU, who will be uniting the traditions of Buryatia with those of Lithuania in the lovely Švicarija garden in Tivoli Park, while homegrown matadors Jimmy Barka Experience and Pijan slavej from North Macedonia will appear at a new concert venue in front of the Tabor sports hall and cultural centre. The day before that will see a collaboration between Druga Godba and Defonija in the form of the exceptional New York quartet Columbia Icefield, led by composer and trumpeter Nate Wooley.

See you at the 38th edition of Druga Godba!

The Festival Pass includes all concerts  within the consolidated program of the Druga Godba festival, which will take place in Ljubljana from 24 to 30 May. A limited number of Festival Passes will be on sale while stocks last.