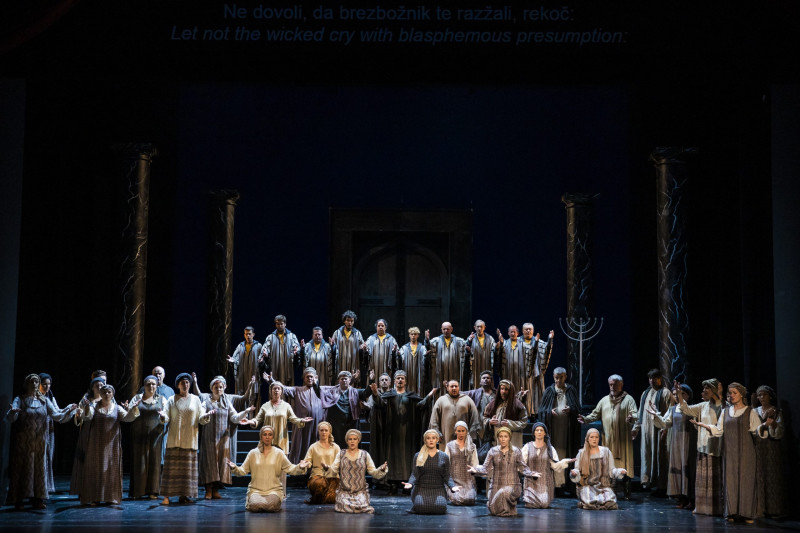 Verdi’s opera Nabucco owes much of its fame and popularity to the “Chorus of Hebrew Slaves”, beginning with the words “Va, pensiero” (“Fly, thought”). With his third opera, which debuted at La Scala in Milan, the young Italian composer Giuseppe Verdi achieved a triumph that paved his path to worldwide fame and permanently inscribed his name in the history of music. The beauty of this opera rests on its expressive recitatives that flow into lyrical arias and ensembles. The most prominent role in the opera, however, is that of the chorus.
The Old Testament story of the freeing of the Israelites from their Babylonian captivity inspired Verdi to such an extent that he used Temistocle Solera’s libretto to create a perfect allegory of the fate of his own nation, which at that time was struggling to free itself from the yoke of the Habsburg Empire. One effect of this was that Verdi (willingly or otherwise) became a symbol of the Risorgimento. As well as Babylonian king Nebuchadnezzar’s war with the Israelites, the plot of Nabucco includes a love story involving his daughters – Fenena and the scheming Abigaille – and Ismaele, leader of the Israelites.
Nabucco was first staged at the Ljubljana Opera in 1959 and was revived in 2001 to mark the centenary of Verdi’s death.