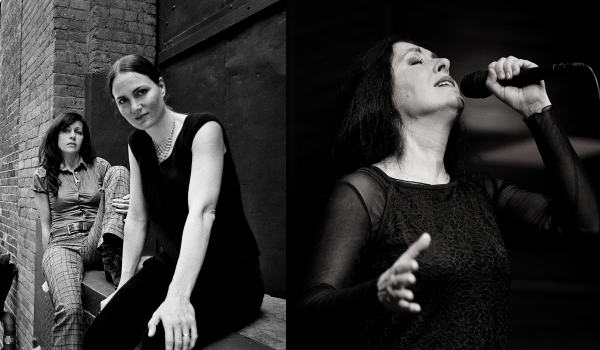 Trans-Mediterranean songs through Panonnia to Balkan

Singer Klarisa Jovanović, also a renowned poet and translator from the Modern Greek and other languages, is present on the music scene since the 1990s as a member of the second, renewed version of the band Sedmina. Jovanović is dedicated to the old, largely forgotten, unknown or little known songs from different European historical periods and traditions. In particular, besides the heritage of the Spanish Jews (Sepfards), she is fond of the Balkan and Mediterranean songs. She has focused on the latter in recent years when she has started to perform with Della Segodba band. The Medinteran album (2013) brought a selection from a wide range of Mediterranean songs, both Sephardic and Slovenian, Croatian, Montenegrin, Bosnian, French, Spanish, Italian, Greek and Turkish. She continued her research of the old songs of these landscapes in 2016 on the album Amandolat, on which, besides the Mediterranean and Balkan, we find Pannonian songs, too.

In the introductory concert we will hear old and little known songs from Armenia, but with flamenco arrangements. They will be performed by Italian guitarist Anna Garano and Armenian-American singer Anaïs Tekerian. Garano, who has studied classical and flamenco guitar, firstly invited Tekerian to participate in her album Lessness (2014), together with Marc Ribot, Doug Wieselman and Flavio Davanzo, who also play on the album. For this particular duo, the Italian guitarist rearranged the old Armenian songs so to give them a flamenco sound, thereby emphasizing the fragility of the singing. Garano and Tekerian have toured in the US and Europe and has released two albums, Ansahman (2016) and Saltless Sea (2018).