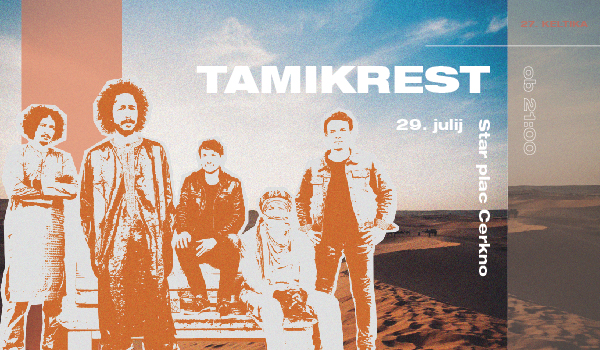 stunning Tuareg desert music with elements of rock and blues

The band Tamikrest is considered one of the most prominent representatives of Tuareg rock (or desert blues, as the genre is sometimes called), a mixture of traditional idioms of the Tuareg nomadic people and rock and blues elements. The band members come from the town of Kidal in northern Mali, where they gathered in 2006. When the band members were forced to exile due to the civil war, in the refugee camps they were exposed to the American and British rock and blues, already present in their music. The key to breaking into the international scene was a meeting with the members of Dirtmusic trio in 2008 at the Malian Festival in the Desert. Chris Eckman from Dirtmusic invited them to Glitterhouse and later Glitterbeat labels, which presented the band to a wider audience. Tamikrest's music, apart from rock and blues patterns, captivates with its extatic, incantation-like singing, ululating shouts, hypnotic applauding and elusive rhythms. The band will present the latest album Tamotaït (2020), which, like all the previous albums, received high praise.