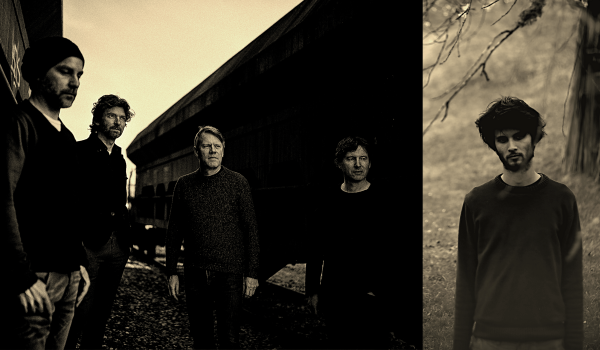 The Frictions (US, SI)
alternative rock

The last Keltika concert for this year will be marked by the sounds of alternative rock in conjunction with folk, americana, and singer-songwriting. The double concert will feature Martin Ramoveš with his band and the US-Slovenian band The Frictions. The latter is comprised of American rocker Chris Eckman (The Walkabouts, The Strange, Dirtmusic, etc.), Bernard Kogovšek and Tomi Popit (Hic et Nunc) and Luka Šalehar (Kamerad Krivatoff, Silence, Niowt). The band has been operating since 2006 and its members emphasize that they play rock music, distilled to its basic essence. There are no artificial additives, no unwanted diversions. The sound of The Frictions also echoes the legacy of bands such as Television, Neil Young & Crazy Horse and The Dream Syndicate. They have published their mix of psychedelic textures and energetic rock, or as they call it, "music for drunken nights and deserted highways," on the debut Halogen Sky (2011) and this year's album Torch. In a review of the new album in Odzven web magazine, Igor Bašin wrote that the band "remains true to the raw and peeled off sound and once again takes care for the palpability of their music." Slovene singer-songwriter, rocker and comic artist Martin Ramoveš comes from a music-poetry family (his parents are Uršula and Janez Ramoveš). Apart to poetry and music, he has added love for comics, which he has linked to music in his own way, as he has published most of his albums also in comic book versions. Such is also his fourth album, Rob, which features poet Ivan Rob’s ten poems turned to music and the poet's biography in form of graphic novel. On the new album, Ramoveš successfully combines modern rock sound with the historical flavour of Rob's poetry.