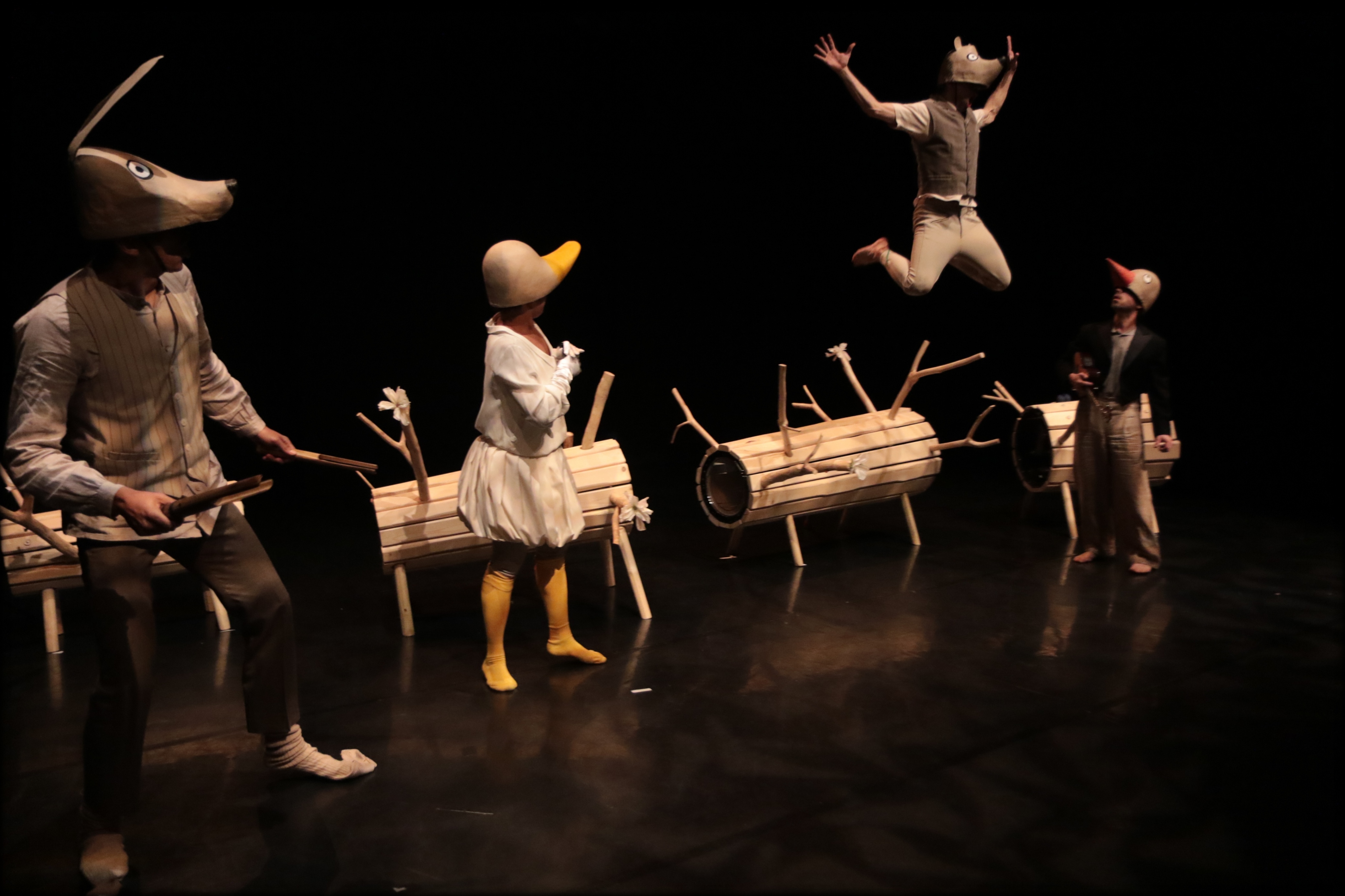 Ivana Djilas after the story by Svetlana Makarovič

SQUIRREL OF A SPECIAL KIND

a dance-music-theatre performance for children 4 +

Author of the story: Svetlana Makarovič

Adapted and directed by: Ivana Djilas

In the forest, the most important thing of all is movement. Or is it really? For the mother squirrel and her little squirrel babies, there is nothing more important than jumping from branch to branch, running around, chasing each other. There is no doubt about it, until a special squirrel baby is born. A squirrel whose paws do not obey him. A squirrel of a special kind.

At first, this squirrel, unable to jump around like everyone else, is excluded for being different. The world around him sees no other means of movement. No other purpose of life. But it is he who will change the forest. He will learn how to count nuts, predict the weather by the clouds, sing, even tell stories, and as a result, will get his own very special place in the forest.

Author Svetlana Makarovič and illustrator Marjan Manček dedicated this fairy tale to children with cerebral palsy. They wanted to remind us that we take moving for granted, until it suddenly stops.

It is a dance performance about beauty born out of impairment. About our capability to be creative, even if we are limited. In the performance, we will rediscover movement. A dance of immobility.

»Squirrel of Special Kind is a charming dance-puppet and musical rhythmic animation – charming in its holistic design and implementation, sufficiently varied, as well as directly naturally instructive. Certainly a uniquely rounded performance, intended for children and also quite welcome for adults, which can be viewed time and time again, as it is the case with animated cartoons that somehow remain in one’s heart. Dance Theatre Ljubljana hosted yet another heartfelt performance for the little ones, for children aged 2 to 8 years, a performance that seems destined to become the new children’s theatrical hit, as was the case with their first, multiple-award-winning performance for children Juri Muri in Africa dances.« Daliborka Podboj, Dance Parade