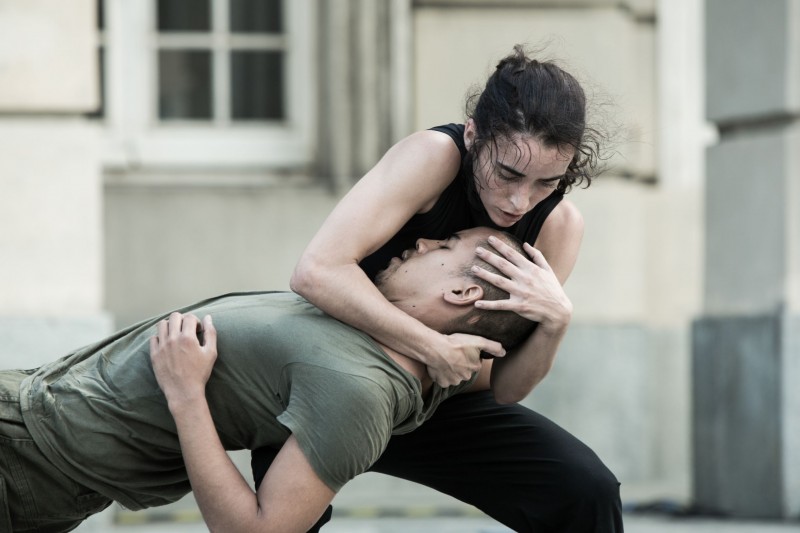 Post-performance talk with the artists will be moderated by Andreja Kopač PhD.

Vibra festival evening is a co-production of Zavod Mirabelka and Dance Theatre Ljubljana.

Incognito puts in focus the human body, its physicality and virtuosity as well as its abstraction. We are conscious and intelligent beings, but still there are things we can't explain. Everything which surrounds us has a system. Behind the magnificent human body lies the hidden universe of interconnected machinery. Despite the fact that we have a 200 grams brain made of the most complex materials ever discovered in the universe we are constantly surprised by new emotions or new patterns coming our way.

Parts of choreography appear in the short movie, Timecode which won Palme d'Or in Cannes Film Festival (2016), a Goya Award, Gaudí Award, European Film Award and was nominated for the Oscars among other awards and nominations.đ

UNTIED TALES (THE VANISHED POWER OF THE USUAL REIGN)

A sublime dance of trembling bodies, Untied Tales by Clara Furey (Montreal) and Peter Jasko (Brussels), features two vulnerable beings in a mysteriously languorous setting. (...) There is as much aridity as sensuality in this wandering and staccato dance.There is something post-apocalyptic about its world—accentuated by the chiaroscuro lighting of Alexandre Pilon-Guay and polyphonic music of Tomas Furey—as well as innocent, where the pleasure of discovery is expressed with a certain purity.