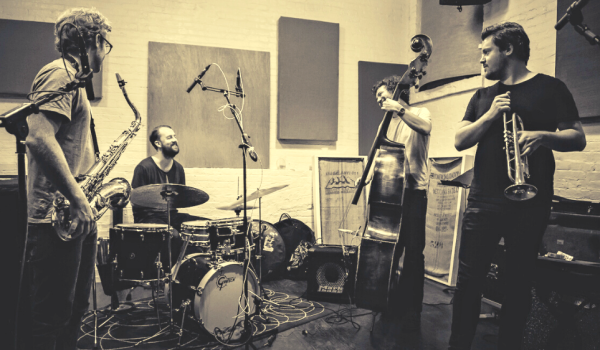 After an energetic performance at the Jazz Cerkno Festival in 2016, the Norwegian Cortex quartet returns to Cerkno, this time to Keltika. The band, which has been operating since 2007, has brought together jazz players from many well-known Scandinavian bands, such as All Included, Paal Nilssen-Love Large Unit, Bushman's Revenge, Zanussi 5, Friends & Neighbors, Honest John, and The Heat Death. Cortex carry on the legacy of the famous quartet led by Ornette Coleman and Don Cherry. From the third album Live! from 2014, their albums are being released by the prestigious Portuguese label Clean Feed. Album Live! has brought them high praise in the international specialist press, from Downbeat ("It's a band that deserves serious attention.") through Jazzwise to The New York City Jazz Record. In 2016, they released Live in New York with brand new songs, followed by Avant-Garde Party Music a year later. The double jazz concert evening will be started by the Slovenian-Italian Durizzotto / Bajc / Furlan Trio, which was created on the initiative of Zlatko Kaučič to perform at the Brda Contemporary Music Festival in 2018. They recorded that concert and published it as album Spontaneous Clip, published in 2019 by the Klopotec label. The trio, comprised of two Kaučič students and the Italian saxophonist, who performed at the Jazz Cerkno Festival in 2019 with Maistah Aphrica, explores improvised music’s many known and unknown paths.