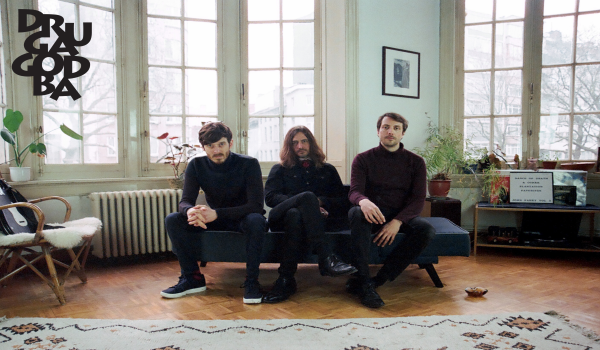 'This isn't fusion, nor is it rock, jazz or ambient. This is the sound of a forceful, intuitive man, of timeless secret dreams, of heart, guts and spirit,' says Bert Dockx about his band's latest record, Zink. We first hosted Dans Dans in October 2013 as part of the Sogodbe cycle. They have since performed twice in Ljubljana – each time, like now, with a new album.

The band patrol an area bounded by jazz, psychedelic blues, ecstatic noir and jagged rock 'n' roll, with their eponymous, self-produced debut (2012), backed by a series of sensational live performances, firmly establishing them as a constant on the jazz cafe scene in Brussels, Flanders and beyond.

Benelux's best-kept secret, Dans Dans have built up a solid fan base since the very beginning, with the limited editions of their early vinyl releases highly sought after. We strongly urge you to spend an evening in their company.