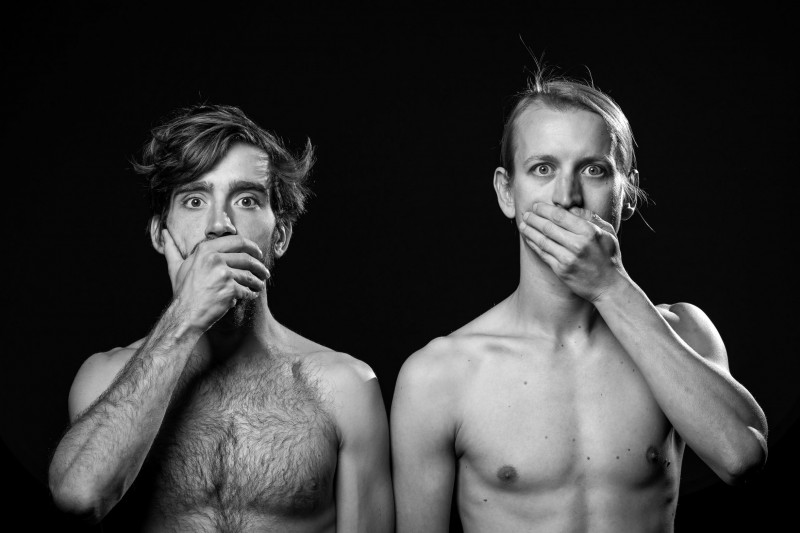 Supported by: MINISTRY OF CULTURE OF THE REPUBLIC OF SLOVENIA AND MUNICIPALITY OF MARIBOR

»Vito and Uroš are a perfect unison of a creative acting tandem, and master a variety of performing fields; they make for delightful clowns, comedians, performers, excellent actors, creators with depth and a content derived from reflection, as well as elegant movers who are even no longer acting or dancing, as there is no need to, with them being each moment exactly who they are: Vito and Uroš, or Uroš and Vito.« Daliborka Podboj, Dance parade

»... as an exacting and synchronised moving duality they measure up to even the most challenging tasks, regardless of how absurd these may be.« Nenad Jelesijević, Performans

»In some perverse way they are almost preaching about a relationship where all the forces are evenly balanced: when it is possible to both love and hate, encourage and ridicule each other, as well as have fun and irritate each other.« Matic Ferlan