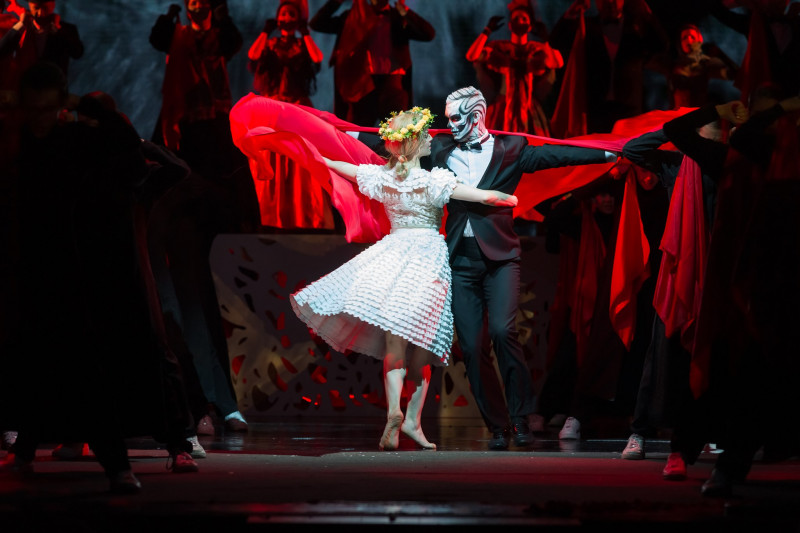 Dancing Troupe of the Jagger Professional Dance School
St Petersburg’s LDM Novaya Scena theatre company returns to Slovenia for this year’s Ljubljana Festival. Following its stunning Ljubljana debut last summer with a spectacular The Master and Margarita and an unconventional Eugene Onegin, the company returns with a brilliant masterpiece of sensuality, fateful love and eroticism. The musical Lolitahas little in common with Vladimir Nabokov’s novel – the dark story of a perverse and tragic romance that can hardly be called a romance. All they have in common is the darkness and horror into which a destructive love can lead us. Lolitais the creation of an international co-production team with singing stars from Russian musical theatre and a magnificent corps de ballet, featuring stunning choreography, dazzling costumes and an innovative interactive backdrop with special visual effects. Lolitaalso portrays the last few sunny days of the golden age of Russia before the fall into the abyss in the bloody year of 1916. Lolita herself is a symbol of purity, a forbidden fruit, a promised paradise with a vault of hellfire rising above it. Love has always been dictated by woman, be she an innocent nymphet, still a child, or a devil’s daughter who awakens the beast in us. Lolita is the frightening love that leads to death; she is Eros-Thanatos.

The musical is performed partly in English.