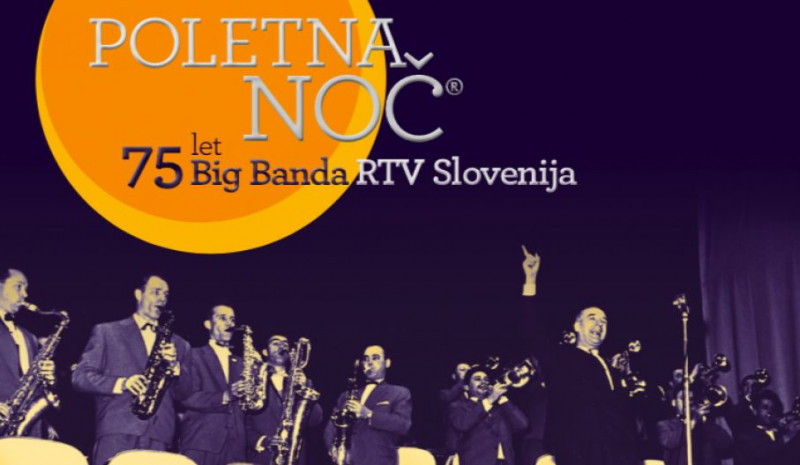 This years Summer night will escort summer in to autumn. The traditional concert will be dedicated to one of the pillars of popular music and big band jazz in Slovenia – the former radio Ljubljana Dance Orchestra, today’s RTV Slovenia Big Band. The orchestra’s solid artistic foundations were laid by its first conductor Bojan Adamič, himself a noted composer of film music. From the 1960s onwards the orchestra’s musical success story continued under the extraordinary Jože Privšek, who dedicated more than 4,000 arrangements and compositions to it. Following Privšek’s retirement in 1992, the chief conductor’s position was taken over by Lojze Krajnčan. Other conductors have included Petar Ugrin, Milko Lazar, Emil Spruk and Tadej Tomšič. From 2002 until 2013 the artistic director was Hugo Šekoranja, previously a saxophonist with the ensemble. For the last two decades the Big Band’s members have included prominent young musicians who have studied at well-known jazz academies around the world and are virtuoso performers on their instruments. Today the Big Band’s work is coordinated by Patrik Greblo and Lenart Krečič, with the following members also involved in its artistic direction: Adam Klemm, Tomaž Gajšt, Aleš Avbelj and Blaž Trček. The RTV Slovenia Big Band will celebrate its first 75 years in the company of some of Slovenia’s most prominent singers and jazz soloists, whose careers have been marked by this unique professional ensemble.