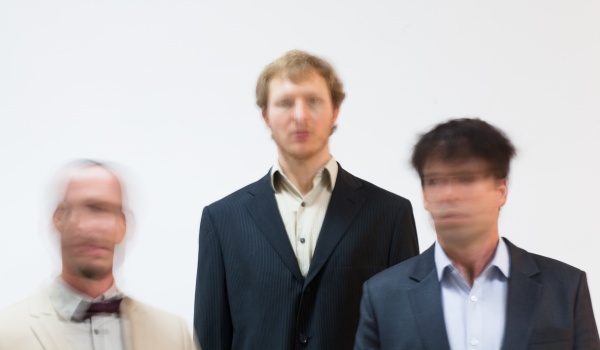 There Be Monsters (SI, IT)

jazz with elements of classical and traditional music

Hobby Horse (US, IT)

We will start the autumn season of the Keltika festival with a double jazz concert. Saxophonist Boštjan Simon, known from the Vanilla Riot trio (Jazz Cerkno, 2012), and from many other formations, such as Trus!, Velkro, Litošt or Orkester brez meja / Orchestra Senza Confini, in his newest Slovene-Italian band explores concepts from philosophy and social sciences. The title of his new band There Be Monsters is an English term used on the ancient maps for unexplored territories, thought to be inhabited by monsters. As Simon himself says, the music "focuses on the area of ​​the boundary between known and unknown, composed and open sound landscapes." After the debut album There Be Monsters (Klopotec, 2017), the band recorded a second album in January 2009, inspired by the polyrhythmic keys of African Pygmies, archaic blues and improvised music. The Italian-American band Hobby Horse plays progressive and experimental jazz, influenced by a variety of various genres, as well as other artistic expressions, from slam poetry to techno and hip-hop through psychedelic bossa nova to prog-rock, noise and chamber music. They released five albums (the latest, entitled Helm, was released in 2018), and performed at prominent festivals and club venues across Europe and North America, such as Umbria Jazz, Jazzwerkstatt Graz, Sudtirol Jazz Festival, Skylark Chicago, Jazz Estate Milwaukee, and Ausland Berlin. "One of the most intriguing and unique groups on the Italian scene." (Neri Pollastri, All About Jazz)

The Hobby Horse concert was prepared with the support of I-Jazz Association.