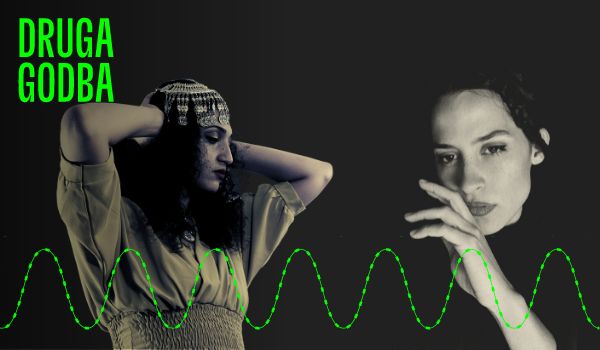 When we think of Argentinian music, the first word we usually reach for is 'tango'; but then we remind ourselves of Chango Spasiuk, Juana Molina and Perotá Chingó, and realise all over again that the wide-open spaces of Argentina hide an abundant variety of enchanting sounds. For this year's festival, we've rolled our magic dice and secured the services of an artist who will be making her very first appearance at a festival in Europe.

Although Juana Aguirre is an experienced musician (and younger sister of Lola Membrillo from Perotá Chingó no less) who has toured extensively in Argentina and large parts of South America since 2009 with her band Churupaca, her new solo project has come as something of a surprise and a delight. Clarøscuro (2021) is a set of poetically intimate tales sung in Juana's gorgeous, languid voice, accompanied by guitar and electronics. We would go as far as to say that if she wasn't from Buenos Aires and didn't sing in Spanish, she would already be a constant fixture on the covers of music magazines throughout the US and UK. No matter. Just know that her words speak of ambiguous spaces, of the need to get to know your own shadows and of the alchemistic power of music, which always knows how to change pain into light.

'More than anything else, we're a rock band,' says bandleader Yousra, who sings and shoots riffs from her goatskin-covered awicha (a small gembri) like a Berber warrior of old. 'We use the awicha like a guitar and the gembri like a bass, but both are tuned differently. We focus our wide range of influences towards music that transcends boundaries and travels through time.'

Is there any band whose rise has been as swift as that of this Moroccan-French quartet? Not many. Is there anything else to add? Well, they were responsible for the best concert at Womex 2021; and, wherever you look, be it Mojo, The New York Times, BBC, Songlines or Uncut, you'll find nothing but hymns of praise. Peter Gabriel, who knows a good thing when he sees it, released the band's debut, Nayda, on his famed Real World label in 2020. Paying due respect to Gnawa, Hassabi and other local traditions, the record is the young generation's call for unity, resistance and the building of a free, just and equal community – one that thrives on cultural differences and disdains physical boundaries. Long may Bab L'Bluz rock and rule!

The Festival Pass (46,00 EUR) includes all concerts  within the consolidated program of the Druga Godba festival, which will take place in Ljubljana from 24 to 30 May. A limited number of Festival Passes will be on sale while stocks last.